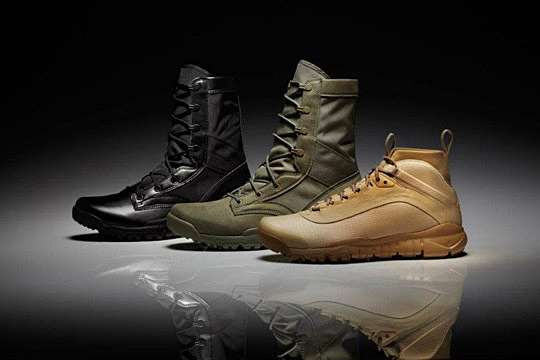 While the boots in the Nike Sportswear SFB Holiday 2011 are readily available for the public, it's actually built for military professionals and rescue and law personnel. Despite the size, the footwear is actually fairly light and weighs in at 15.9 oz, which is about two-thirds the weight of traditional boots. The upper is flexible and offers high mobility performance. There's also multiple ventilation zones that allow for breathability. The outsole has been specially designed to enhance traction while allowing a natural range of motion. This is built for hot weather, so if you're thinking of getting a pair for the winter, it won't function as well.
3.8
Score
Popularity
Activity
Freshness