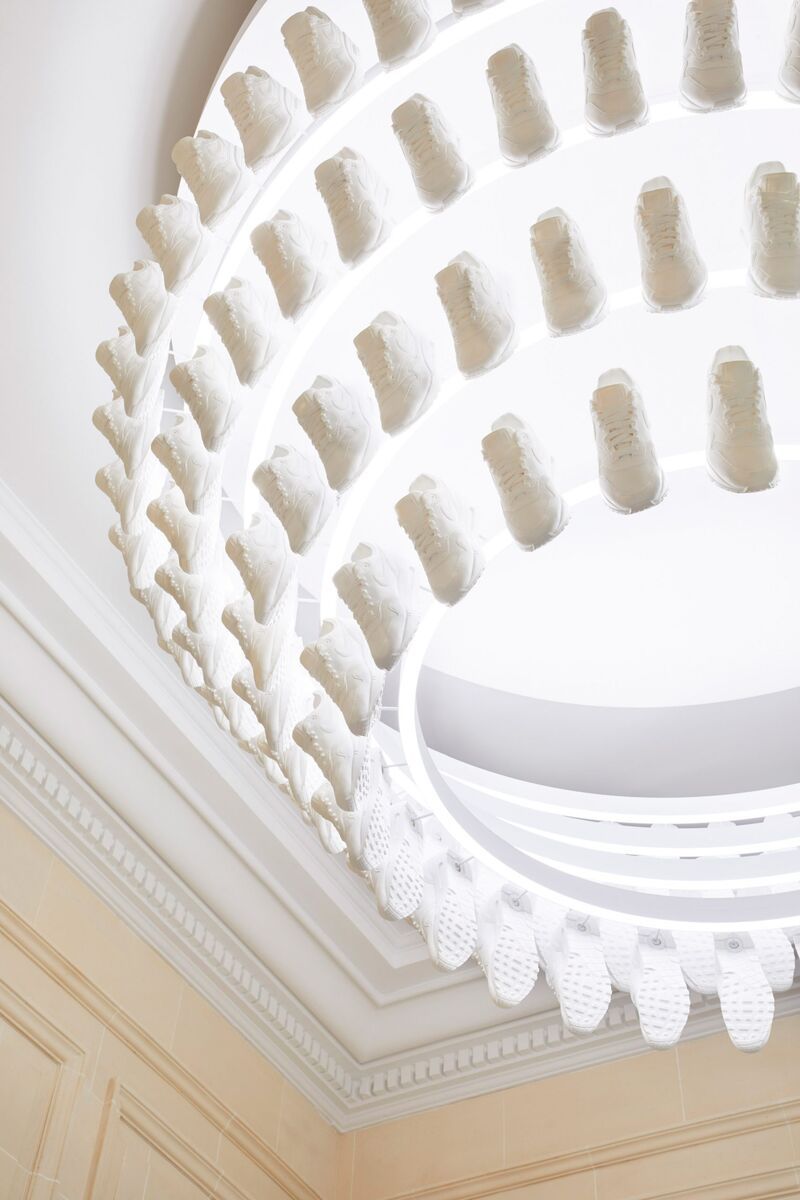 Josh Thompson-Persaud — May 4, 2021 — Art & Design
References: dezeen
Share on Facebook Share on Twitter Share on LinkedIn Share on Pinterest
Streetwear brand Kith's new store, designed by Snarkitecture, features a Nike chandelier made from pairs of stark white Air Maxes. The Nike chandelier hangs in the Parisian mansion, Pershing Hall, which has a long and storied history dating back to the 19th century. The chandelier, which shines brilliantly white using the Nike shoes as a light-refracting tool, is a bold testament to contemporary design and culturally relevant chic.

Snarkitecture brought together old and new for this brilliant redesign that accentuates the character of the building while adding modern elements. Besides the Nike chandelier centerpiece, the architectural overhaul used materials like walnut, marble, glass, and Venetian plaster to create a refined look that elevates the retail experience while showcasing the building's historical significance. There is a second, smaller Nike chandelier mounted above the wrapping stairwell.