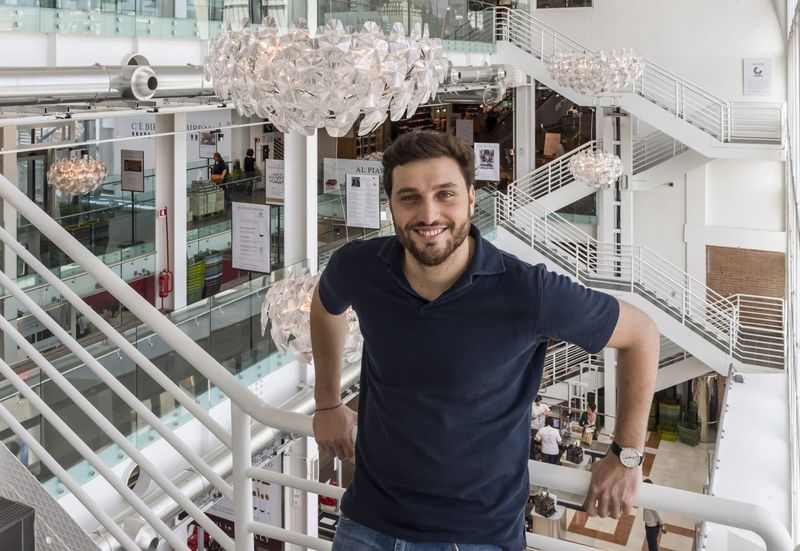 An Interview with Nicola Farinetti, CEO of Eataly

Amy Duong — October 31, 2019 — Lifestyle
References: eataly & eataly
Share on Facebook Share on Twitter Share on LinkedIn Share on Pinterest
Nicola Farinetti is the Global CEO of Eataly and the son of Eataly’s founder Oscar Farinetti. Starting in 2007, his family began the journey of translating the authenticity of Italian cuisine and culture across the globe. The high-quality Italian market is one stop to eat, shop, and learn. With three promises to its consumers, Eataly ensures that it offers choice, accessibility, and knowledge. It is important that it provides a diverse selection of quality food and drinks at the lowest possible prices while educating consumers on the products, the stories behind it, capturing the true passion of everything that is contributed and everyone involved.

Before Eataly Toronto opens its doors in mid-November, we got to tour the highly-anticipated space to get a taste of what’s to be expected. We also got the opportunity to chat with Nicola about Eataly, his heritage, the launch of Eataly Toronto, and where he thinks the food industry is headed.

Can you tell us a little bit about yourself and your family’s journey to start Eataly?

To start off, I’m a middle child. We are three boys and I think that usually the second one is always a little bit of the weird one in their family. I don't know if it happens to you, but it happens to me all the time. Every time I meet the second of three, whether it's girls or boys, doesn't matter. They're always very, very peculiar. We call it the black sheep of the family. In fact, I'm the one who left home at 18 and never came back because I went to Dublin, then I went to New York and then I did Rome and I never came back. My family started in the electronic business and my father had the biggest Italian chain of electronics, the ‘Best Buy of Italy.’ When they got very bored and it wasn't fun anymore, they turned their attention to their passion for food. One day, my father sold the electronics company and I was very mad -- I thought I found myself without a job. I always thought I was going to sell phones in my life when I was 13 and then we found this other new thing and I said "Dude, this much better," and I fell in love with beer. Then from there, it started.

How does your team go about capturing an authentic Italian experience? How important is that to Eataly?

It's very important and it's very difficult because traditions are important but they don't always make 100% sense if you don't belong to that country or know the nature of a certain place. Also respecting traditional authenticity might feel like it's limiting your creativity. So, convincing people from all over the world to fall in love with their own country and asking them to follow rules that sometimes they might not even understand just because they're historically been proven to be, let’s say correctly is not easy. Mostly, it’s very important because this is what our customers want from us. They have been lied to for so many years -- but not in a bad way, in a good way. People were just adapting their own culture to the flame or whatever content they were going and so they're now realizing that thanks to technology and everything. They realize that the Italian food they might have had somewhere wasn't exactly what they thought. So this is what they want from us and this is how we explain it to our guys all the time. Don't think you're doing for me and for my country. Do it for your customers -- they are asking you to tell them the truth and experiment with where things are coming from.

What attracted you to Toronto? What can we expect for Eataly Toronto?

When people say, why do we operate in Toronto, my answer is always, "Why not," it just makes sense. Actually, maybe we're too late, we should have done it even sooner. But, we weren't ready -- we were still very much focused on developing a European Eataly. Now we feel that we are ready to keep developing the North American side of it and. Toronto just things make sense -- I'm going to have people, the wealth, the culture, the Italian community. I'm very confident and I think people from us can expect a lot of passion. Hopefully, you’ve seen today that there is a lot of commitment. Pasta. Everything else, if we're going to be good at it, they're going to like it and it's going to work.

With such a progressive lens of retail, what do you hope for Eataly and the overall food retail industry as a whole in the next 10 years?

So the overall food industry is improving right now. I think maybe 10, 15 years ago we touched probably the rock bottom of the food distribution. At the end of the day, the customers are the diner. The customers started asking for cleaner stuff, the supermarket is going to start selling cleaner stuff. There is still there very much to grow, But, I really don't think the food is a trend. I think food is important. The industry is going to be here to stay for a very long time. The only thing that cannot predict is whether or not we're going to realize that we need to start finding more time for us, or we're going to get busier, busier, busier, and stop cooking at all. Let's see what the future is going to look like, but I do really believe that quality food is just going to keep improving everywhere.
5.6
Score
Popularity
Activity
Freshness
Attend Future Festival