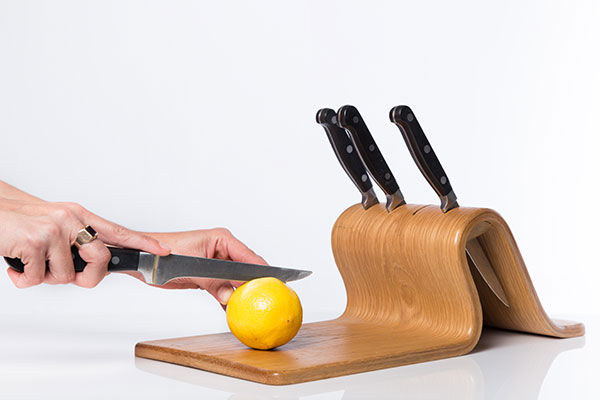 Designed by Jowan Baransi, an industrial designer based in Tel Aviv, Israel, the New-wave Knife Block is a two-in-one creation that incorporates a built-in cutting board. Perfect for master chefs and novice cooks alike, it is "a simplistic, sculptural design that enables fast, efficient cutting," in the designer's very own words. Not to mention that the New-wave Knife Block is visually appealing, which will have owners displaying it with pride on the counter.
5.8
Score
Popularity
Activity
Freshness
Get Trend Hunter Dashboard