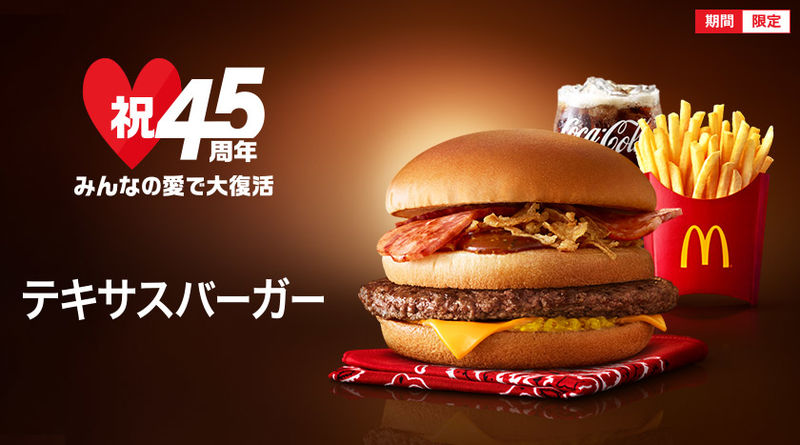 Katherine Pendrill — October 24, 2016 — Lifestyle
References: mcdonalds.co.jp & brandeating
Share on Facebook Share on Twitter Share on LinkedIn Share on Pinterest
McDonald's Japan recently gave the iconic Big Mac a makeover with the introduction of the new Texas Burger. While the Big Mac itself will not be disappearing from the McDonald's menu anytime soon, the new version of the burger demonstrates the chain's willingness to experiment with some of its most beloved dishes.

The Texas Burger is a three-part, club-style burger that is extremely similar to the original Big Mac. The lower tier of the burger is comprised of a beef patty, a slice of American cheese and whole-grain mustard, while the top tier of the sandwich boasts a sprinkling of fried onions, bacon and spicy BBQ sauce. Overall, the main difference between the new burger and the Big Mac is the missing second patty, making it a great choice for those who can do without the extra meat.
0.4
Score
Popularity
Activity
Freshness
Access Advisory Services