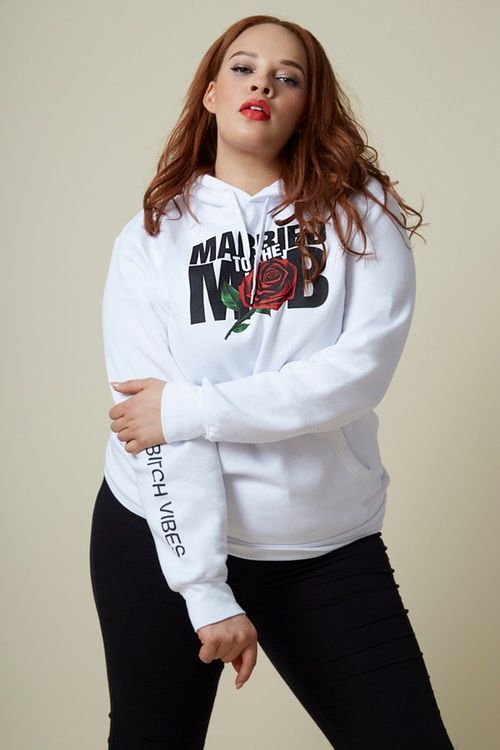 The New Married to the Mob Collection Boasts Empowering Slogans

Riley von Niessen — January 26, 2018 — Fashion
References: mttmnyc & hypebae
For Winter 2018, a new Married to the Mob collection was debuted, along with a lookbook that features model Alexis Henry.

Although the streetwear industry has been largely dominated by men, women-owned brands like the NYC-based brand Married to the Mob are helping to give young women more options to choose from. In order to express the empowerment that comes from conveying a personal sense of style and valuing one's independence, Married to the Mob includes slogans like "Never Coming Back to You" on some of its apparel. In addition to these slogans, the brand's logo and name are included on the apparel in a bold fashion as well.

Henry explained her desire to work with the brand on its latest lookbook by stating, "This Married to the Mob collection resonates with me on so many levels because it’s exactly what boss women need: a brand that’s unapologetic and powerful."
4.1
Score
Popularity
Activity
Freshness