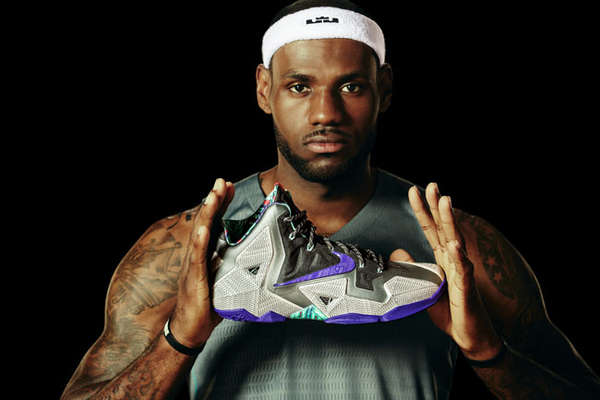 Inspired by an overseas trip in 2011, James notes that this sneaker itself is inspired by the confidence and determination of the Terracotta Warriors. The sneaker's stone, purple, red, and teal colorway is also to reflect the warrior's armory.

The new LeBron 11's are James' eleventh signature sneaker with Nike. After being named the NBA finals MVP alongside winning the 2013 Championship with the Miami Heat, this signature series is hugely anticipated. This will be the first sneaker to release from the series, hitting shelves in October/November of this calendar year.
5.7
Score
Popularity
Activity
Freshness
Jeremy Gutsche Keynote Speaker