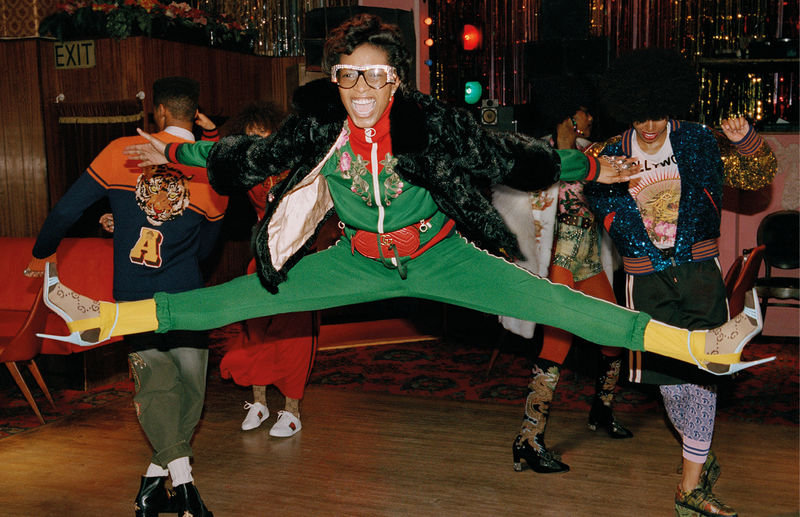 Riley von Niessen — April 17, 2017 — Luxury
References: gucci & nylon
Share on Facebook Share on Twitter Share on LinkedIn Share on Pinterest
The new Gucci campaign, which was devised to promote the luxury fashion brand's 2017 Pre-Fall collection, was recently launched. In an effort to make a statement against the often non-inclusive industry, Gucci decided to only celebrate black muses in its shots.

Reportedly, the new Gucci campaign was inspired by a Malian artist named Malick Sidibe, "who documented young nightlife in his town of Bamako in West Africa." In addition, the campaign drew from the 'Made You Look' exhibition in London, "which centered around black masculinity and dandyism."

The luxury fashion brand explained its campaign in more detail by saying, "This season’s Gucci advertising campaign is an exploration of the flamboyance and self-expression of men and women who challenge the conventions of society through performance, art, and dance."
3.7
Score
Popularity
Activity
Freshness
View Innovation Webinars