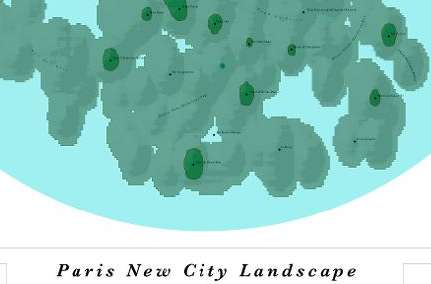 These New City Landscape Maps Use 'Tweetography' to Plot Density

Allison Love — July 2, 2010 — Tech
References: urbantick.blogspot & notcot.org
These New City Landscape maps used 'tweetography' to create them. The contours on the map show the density of tweets in that particular area. The 'mountains' or lighter shades of green, yellow and red reflect higher Twitter activity, whereas dark green areas indicate areas in which Twitter isn't used as frequently.

These New City Landscape maps are pretty cool, showing the density of a particular area as dictated by social media usage.

Implications - As the rapid progression in the social media craze continues, so too does the relevance of social media platforms. A company can benefit from this fervor for social media interaction by investing in marketing that mimics or directly references these highly used forms of technology. By doing so, the company shows it is on the forefront of contemporary pop culture and that it is committed to the avant-garde.
2.1
Score
Popularity
Activity
Freshness