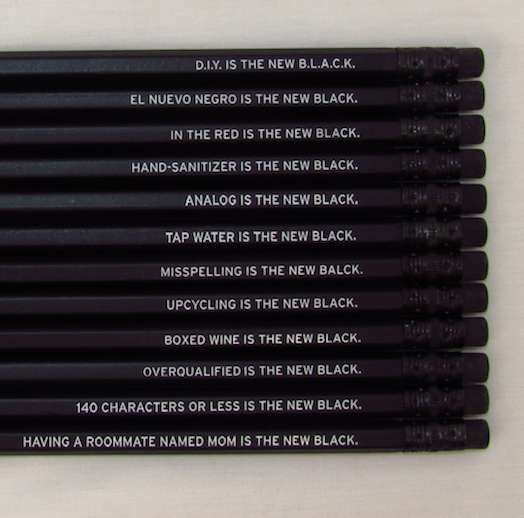 Hilarious Pencil Sets from Fred & Friends are the New Black

Alyson Wyers — August 25, 2013 — Art & Design
References: fredandfriends & fancy
Share on Facebook Share on Twitter Share on LinkedIn Share on Pinterest
The New Black pencil set designed by Tabitha White for Fred & Friends contains a number of humorous sayings indicating a variety of things that have become popular, especially at the expense of previously popular concepts. This product is especially relevant given the buzz around and popularity of the Netflix original series 'Orange is the New Black.'

The pencils are completely black, including the graphite, erasers, ferrule, wood and paint, save for the white slogans. Some implicate other pop culture trends, such as Twitter: '140 characters or less is the new black.' Others make clever linguistic references such as 'being in the red' or 'el nuevo negro,' the Spanish translation of the phrase.

These ironic pencils come in a set of 12 inside a header bag.
4.5
Score
Popularity
Activity
Freshness
Access Advisory Services