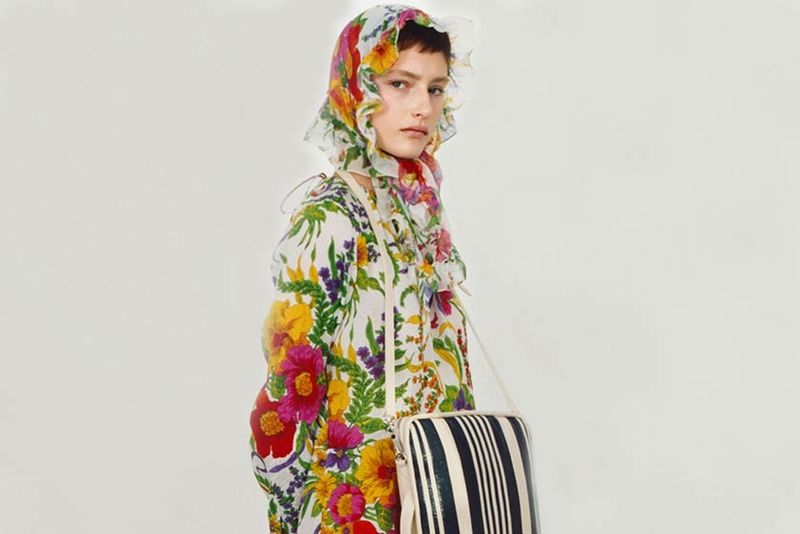 Riley von Niessen — May 1, 2017 — Luxury
References: balenciaga & hypebae
Share on Facebook Share on Twitter Share on LinkedIn Share on Pinterest
After new Balenciaga tote bags that were inspired by IKEA's iconic shopping bags were released, the French luxury house launched its 2017 Pre-Fall collection, which couples highly modern aesthetics with style elements that seem to be taken straight out of the 60s and 70s.

Reportedly, the collection is its own genre, called "garde-robe," due to its "balance between avant-garde and everyday elegance." With bold colors integrated throughout the collection, like aqua blue, fuchsia, emerald green, and crimson red, the ensembles are made to standout. Long flowing cuts and oversized accessories also work to the same end.