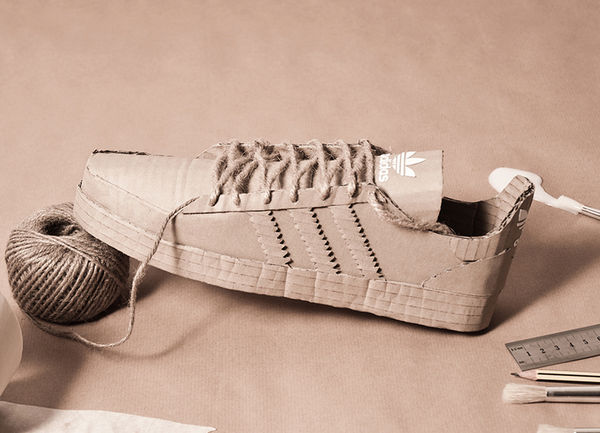 The models of the cardboard shoes are made to scale, with all of the components you'd expect from a real Adidas shoe — tongues, shoelaces, soles, perforations, stripes and of course, cleverly-placed Adidas logos.

The shaping of the corrugated cardboard is what really sells these shoes as true Adidas look-alikes. For the project, Anderson recreated stunning replicas of Adidas' Superstar Shelltoe, zx700, zx8000, Campus and the iconic Stan Smith Shoe. The artful pieces will definitely generate some interest in the new Adidas shoes coming to The Chimp Store in the new year.