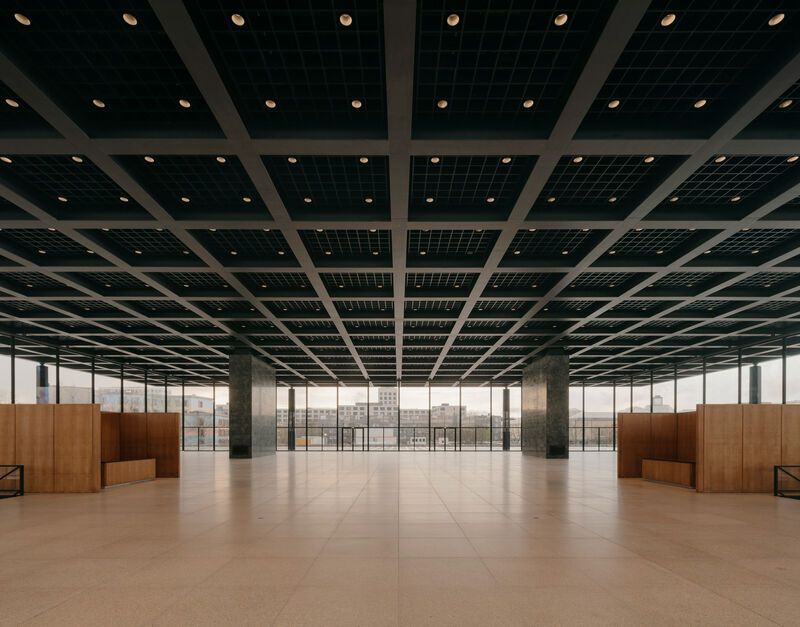 The recent redesign of the Neue Nationalgalerie repaired and replaced much of the building's internal structure, including the canopy's steel frame. Upgrading the functionality of the gallery, the David Chipperfield Architects added a classy underground storage space clad in wraparound wood paneling that perfectly complements the white-gray concrete. To increase accessibility, a ramp was also added to the gallery's main entrance. The Neue Nationalgalerie is slated to reopen in August 2021.