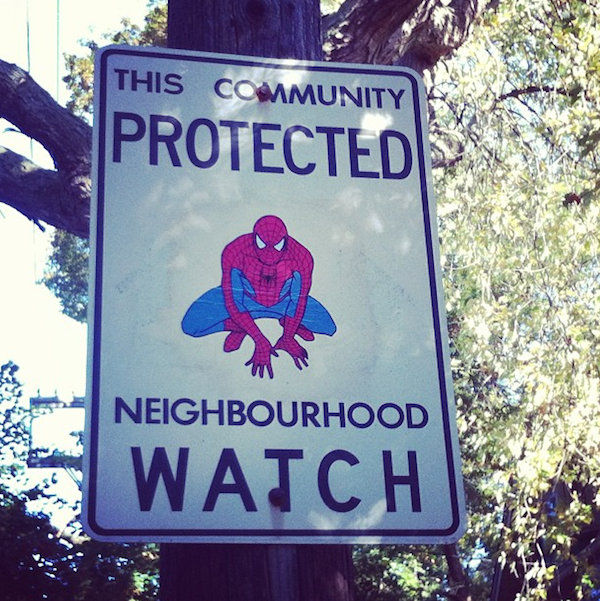 While the artist is technically vandalizing public property, he doesn't feel his artistic additions are wrong per se "it's just spontaneous nostalgia and happiness." Having only received two complaints for 55 neighborhood watch upgrades, and many requests to add an image to in a particular area, it's likely Lamb's vigilante-inspired vandalism will continue.

Aside from classic superheroes found in comic books, other characters include the cast of the Power Rangers, Starsky and Hutch, Bruce Lee and a young Tom Hanks as seen in Turner & Hooch.
2.8
Score
Popularity
Activity
Freshness