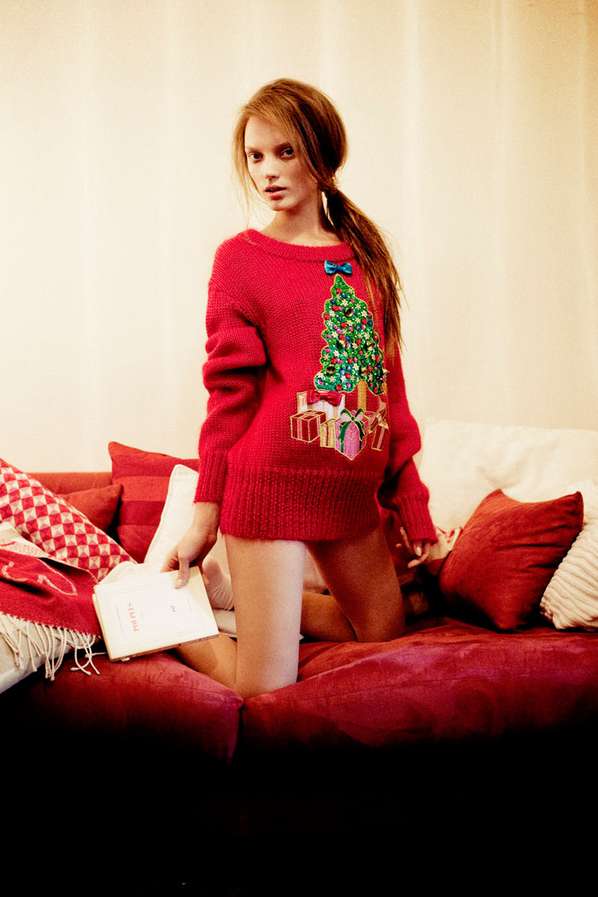 Meghan Young — December 14, 2011 — Fashion
References: lovecatmag & fashiongonerogue
Share on Facebook Share on Twitter Share on LinkedIn Share on Pinterest
As cliche as Christmas-influenced editorials like the Naty Chabanenko LoveCat Magazine one can be, they nevertheless bring smiles to faces. Yet, this particular photo shoot does more than that. Well executed, it might feature touches of holiday paraphernalia, but on the whole it has some great fashion advice with a slight Christmas feel. In fact, most of these outfits would be great options to open gifts in -- in front of the boyfriend, though, not the family.

Shot by Pierre Dal Corso, the Naty Chabanenko LoveCat Magazine photo shoot was styled by Sophie Clauzel. With Christmas spirit as the theme, Clauzel stuck to a traditional palette of red and white while throwing in the occasional black to make the outfits more mature. Although the slew of different lingerie looks does that perfectly fine.
6
Score
Popularity
Activity
Freshness
Get the 2021 Trend Report FREE