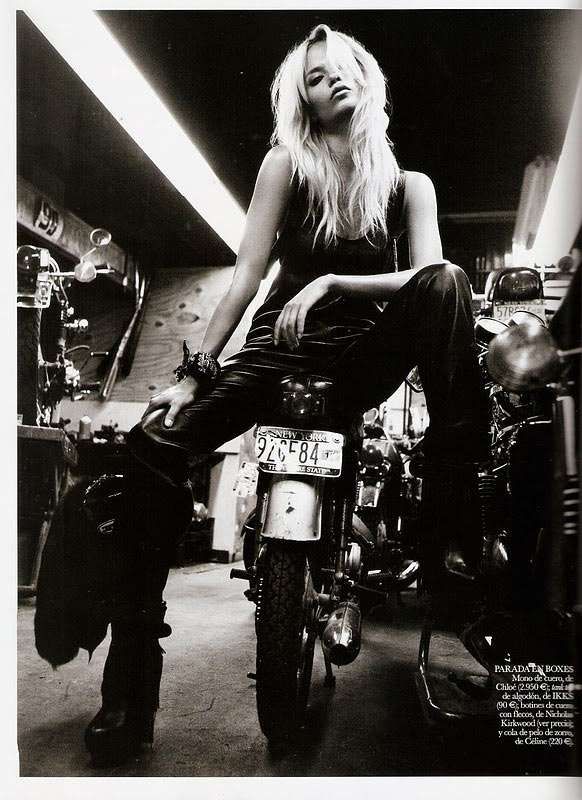 Ana Lopez — October 24, 2011 — Fashion
References: vogue.es & fashionodor
Share on Facebook Share on Twitter Share on LinkedIn Share on Pinterest
The Natasha Poly Vogue Spain November 2011 issue is rightly titled 'On the Road' because this Russian mega model jumps on a bike to take readers on a sexy and chic ride. The stunning blonde had no fear to release all her sensuality and gorgeousness in order to be lensed by Lachlan Bailey.

Wearing mostly black ensembles, the supermodel appears to be ready to conquer the road at any second. In the Spanish editorial, Poly sports pieces from fashions houses such as Balmain, Celine, Givenchy and Chloe and was styled by Geraldine Salglio. Tough and sexy, this Harley Davidson goddess carelessly holds a helmet and a fur coat, or wears a pair of leather shorts while effortlessly resting on a wall.