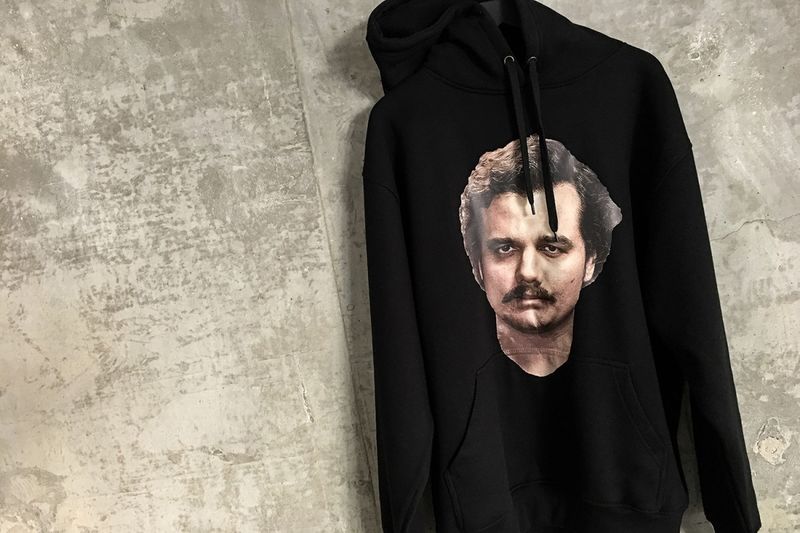 Riley von Niessen — October 17, 2016 — Fashion
References: ihnomuhnit & highsnobiety
Share on Facebook Share on Twitter Share on LinkedIn Share on Pinterest
Not too long ago, ih nom uh nit released a line of apparel that carried the portrait of Eleven, the mysterious protagonist of Netflix-original series Stranger Things -- now, the luxury brand that has roots in LA and Paris has released a Narcos hoodie that features a similar design.

On a thick all-black cotton pullover, ih nom uh nit includes the face of Wagner Moura, the actor who portrays Colombian drug lord Pablo Escobar. On the back of the Narcos hoodie, ih nom uh nit's brand name is displayed -- adding to its value for those who are proud to sport the well-known luxury brand. In both its Stranger Things and Narcos hoodies, ih nom uh nit profits from two of the most popular TV shows of recent times by making use of simplistic designs that appeal to their fan bases.
3.5
Score
Popularity
Activity
Freshness
Get Trend Hunter Dashboard