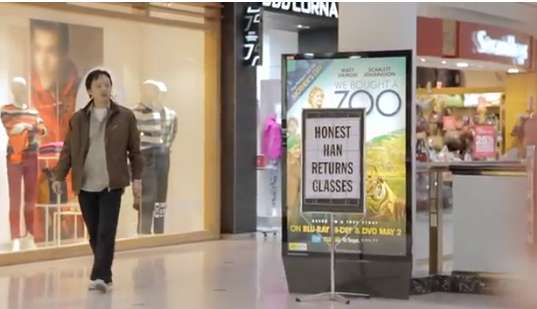 NAB Shows its Good Nature by Rewarding People for Their Honesty

Outside a shopping center in Australia, a pair of sunglasses was deliberately placed near an info kiosk and cameras captured honest citizens who picked up the item and returned it to the lost and found. Little do they know, the NAB crew has a slew of stunts that are in line and ready to surprise these good-natured people.

As they are returning the item, their names are recorded and they're also being photographed. They leave the kiosk and start their venture into the mall, where their faces become plastered onto billboards, televisions and even showcased on a cake. As NAB explains, "honesty shouldn't go unnoticed." This definitely isn't a normal day at any shopping mall.
1.3
Score
Popularity
Activity
Freshness
Get Better and Faster