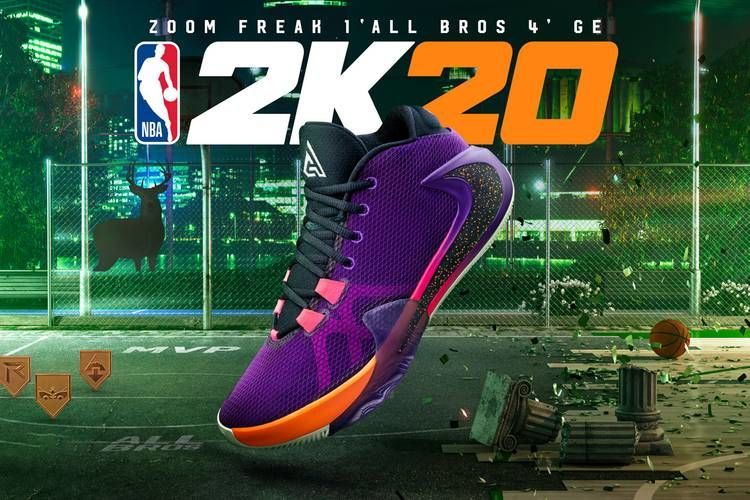 Kalina Ned — April 9, 2020 — Fashion
References: operationsports & hypebeast
Share on Facebook Share on Twitter Share on LinkedIn Share on Pinterest
MyPLAYER Nation brings together NBA 2K20 MyPLAYER gamers with the real-life NBA. In addition, it also gives users the opportunity to unlock exclusive Nike gear. This initiative proves to bring the basketball community together, especially since the outbreak of COVID-19 has suspended the NBA season indefinitely.

The NBA 2K20 x Nike Gamer Exclusive Program is considered to be a "first-of-its-kind gaming and sneaker partnership." During MyPLAYER Nation, gamers can earn up to 10 pairs of soon-to-be-released virtual Nike Basketball signature shoes. In addition, they will have the chance to purchase the real-life version by completing various challenges. The Nike Zoom Freak 1 "All Bros 4," for example, can be accessed if you win a MyPLAYER Nation playoff game.