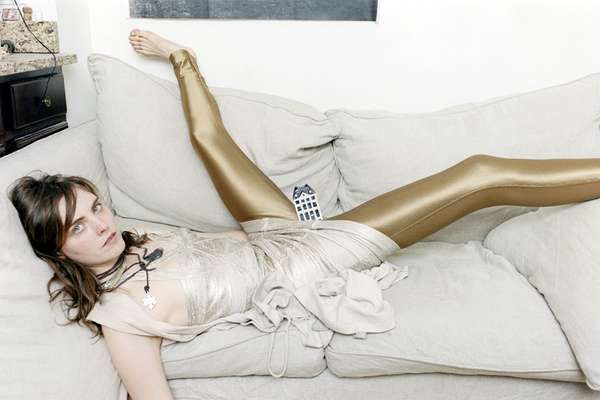 Featuring the 20-year-old model lounging around at home on a couch, eating potato chips (or rather, shoveling them into her mouth), and sprawled out in the strangest of poses, this is one photo shoot that will put a smile on your face.

With messy hair, minimal makeup and a wardrobe of outrageous 70s-inspired clothes -- like metallic leggings and paisley from head to toe -- this fashion editorial, shot by photographer Colin Dodgson and styled by Sasha Kelly, is lighthearted and fun.

The Myf Shepherd Oyster Magazine shoot is featured in the February/March 2012 issue of the magazine.
5.6
Score
Popularity
Activity
Freshness
Get the 2021 Trend Report FREE