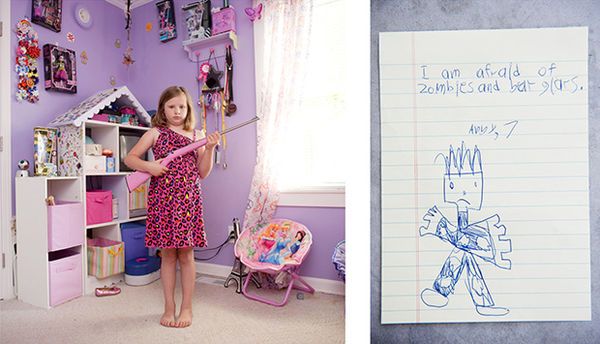 'My First Rifle' Depicts American Children with Their Personal Rifles

Rahul Kalvapalle — May 8, 2014 — World
References: ansofiekesteleyn.be & featureshoot
Share on Facebook Share on Twitter Share on LinkedIn Share on Pinterest
'My First Rifle' is a photo series that captures American children with their guns -- not toy guns but Crickett rifles, which are real, .22-caliber guns specially designed for children. The Crickett rifles, designed for children between the ages of five and 12, are lightweight and come in a variety of colors.

Photographer An-Sofie Kesteleyn embarked on a road trip from Ohio to Texas, and visited gun shops, shooting ranges and private houses looking for Crickett-wielding children to photograph. Kesteleyn paired the children's portraits with photos of each child's answer to a question about what their greatest fears are.

Aside from putting a disturbing face to the raging gun-ownership debate in the US, the 'My First Rifle' photographs are captivating for the simple reason that it's extremely odd to see innocent-looking young children equipped with guns capable of killing a person. The children's answers about their greatest fears are distinctly childlike and innocent, a stark contrast to the destructive weapons they hold in their hands.