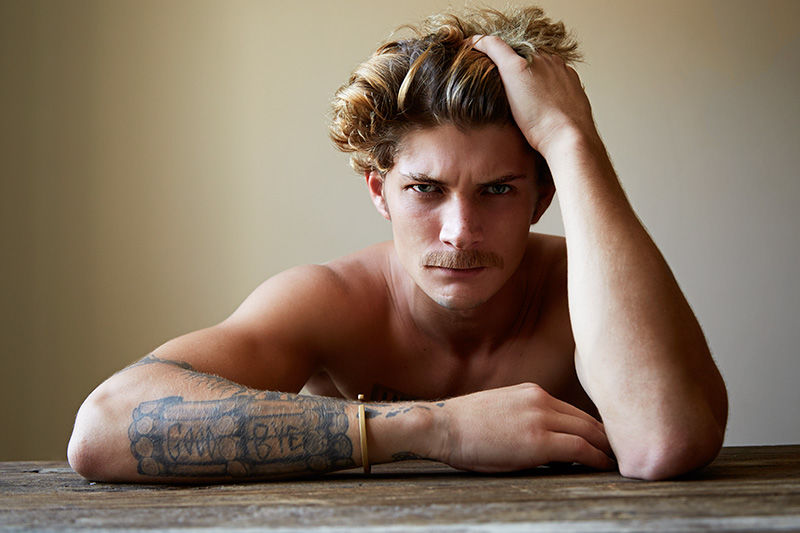 Focusing on a number of different models, the series shows each flaunting facial hair of a different style. Some are thin and a little more elegant, or even waxed in elaborate swirls, while others are rugged and a tad less groomed. All in all, Mustache Men shows how the facial hair works with each individual's aesthetic, allowing them to style it in a way that complements them.