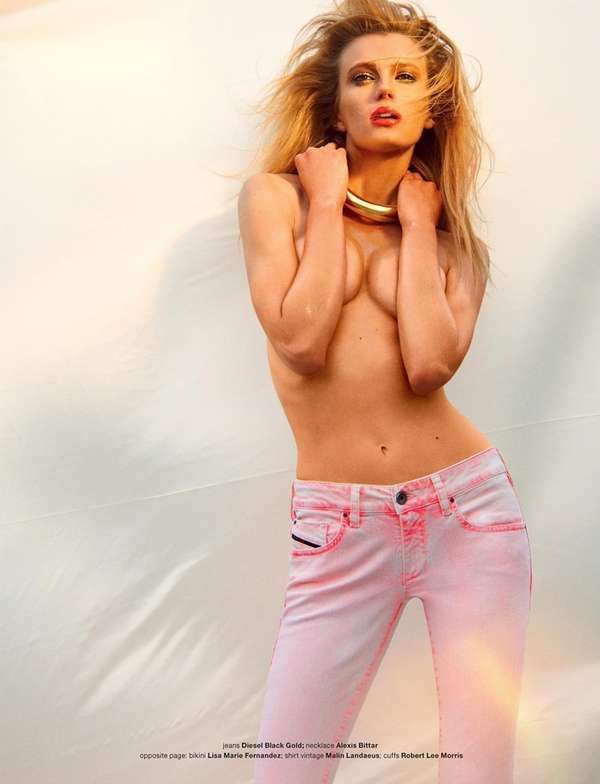 Shot by acclaimed Peruvian photographer Mariano Vivanco, Sigrid Agren sports a collection of colorful vintage outfits. In the yellow, she is reminiscent of some of the Baywatch babes of the '90s, while topless and wearing pink Diesel jeans, Agren looks every bit the part of a sultry supermodel. This Muse #26 2011 shoot makes it clear why Sigrid Agren has become one of the go-to supermodels for high fashion labels around the world. She has appeared in campaigns for Stella McCartney, Prada and Armani Jeans.

Although all the credit cannot be placed solely at Agren’s feet. This Muse #26 2011 shoot would not be as smooth without the work of consummate professional shutterbug Mariano Vivanco. His credits are equally as impressive as Agren’s, his work has appeared in GQ Italy, Details Magazine and Vogue Nippon, among others.