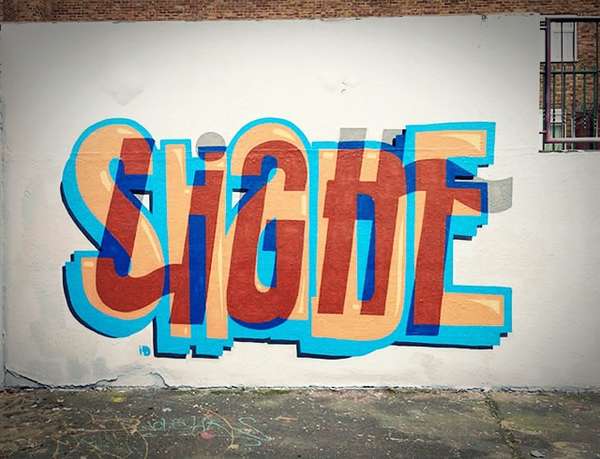 Brandon Bastaldo — March 20, 2013 — Art & Design
References: flickr & whudat.de
Graffiti has been adopted by some clever individuals to do all sorts of things like advertise products or even companies, but artist Peter Peffington's multi-graffiti pieces are using street art to spell out things you've never seen before.

Many graffiti artists get a kick out of spray painting their own names, or tags as they refer to them, on walls in their own funky and distinct styles. But the difference with Peffington's work is that while his styles are indeed impressive, it's the fact that his paintings actually delivers two messages in one stroke that sets him apart from the pack.