Top 100 Marketing Trends in May 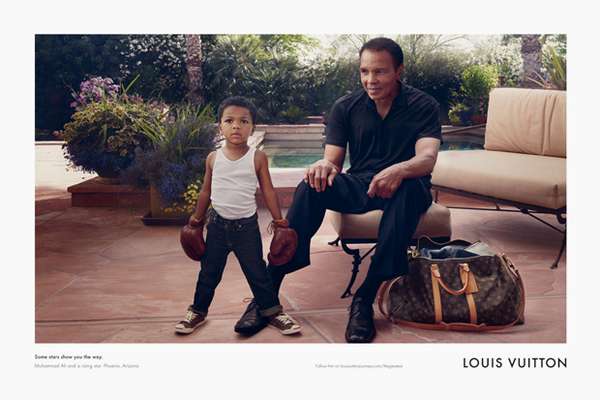 Meghan Young — June 14, 2012 — Pop Culture
References: louisvuitton & hypebeast
The ad campaign starring Muhammad Ali for Louis Vuitton Core Values is absolutely touching, just as the past ones have been. However, with one of his little grandsons in tow, this particular print ad will strike a deeper cord. It promises the continuance of a legacy that few have been able to live up to. As a professional boxing icon and social activist appropriately dubbed The People's Champions, Ali has garnered a special place in many hearts.

A poignant portrait, the ad campaign starring Muhammad Ali for Louis Vuitton Core Values was shot in his very own Arizona home. Captured by renowned photographer Annie Leibovitz, the image sends a powerful message to Louis Vuitton fans and patrons. It reads, "Some stars show you the way. Muham­mad Ali and a ris­ing star."
3
Score
Popularity
Activity
Freshness