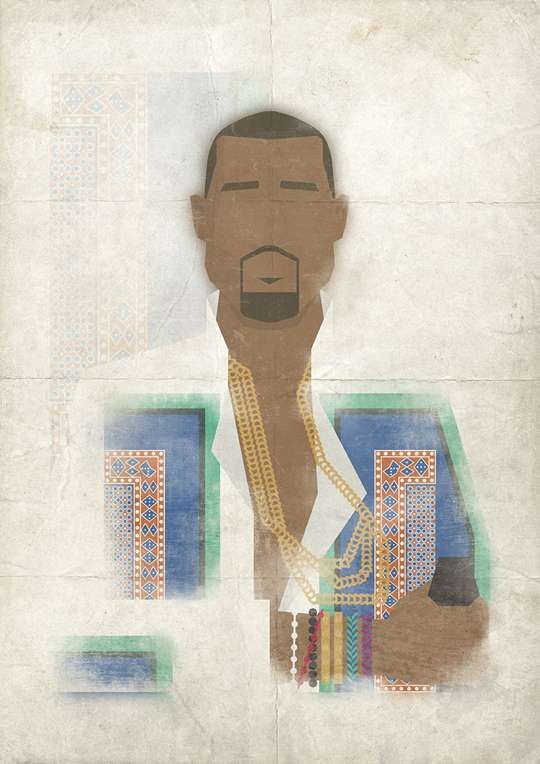 Mr. Burt Recreates Kanye West and his Outfit From Coachella 2011

Currently the resident illustrator of HighSnobiety and Selectism magazines, Mr. Burt's latest creation is a tribute to one of the most iconic artists and outfits in recent memory. Earlier this year, Kanye West rocked a concert for over 100,000 people live (and millions streaming the concert online through YouTube) in the sweltering California heat at Coachella. Mr. Burt's illustration not only highlights Kanye, but it also focuses on his memorable outfit.