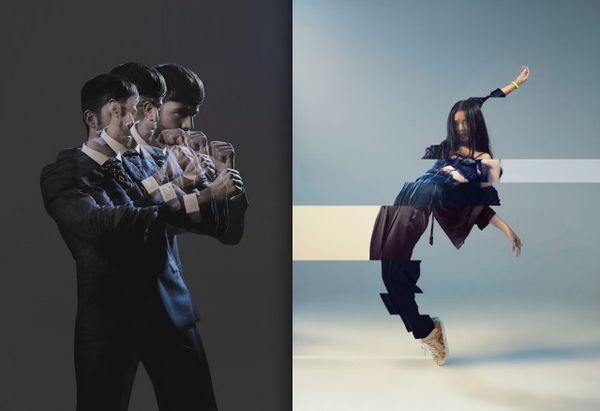 Movements by Ben Sandler is Dynamic and Dramatic

Meghan Young — March 19, 2014 — Fashion
References: bensandler & fubiz.net
Share on Facebook Share on Twitter Share on LinkedIn Share on Pinterest
Movements by Ben Sandler, a photographer born in Haifa, Israel, and working between Paris and Amsterdam, is an apt title for the photo series. Filled with motions that have been captured in the form of stills, the variety of actions have been dynamically displayed by using clever manipulations to convey rather surreal situations. The post production was done by Elodie at PIXUS.

Shot for the Fall 2013 issue of the French publication, Blast Magazine, Movements by Ben Sandler is dark and dramatic, but in a beautiful and entertaining way. Visually stimulating, the elegant and urban looks featured throughout the fashion photoshoot were styled by Ines Fendri with hair by Jonathan Dadoun and makeup by Sess Boudebesse.
4.9
Score
Popularity
Activity
Freshness
Get Trend Hunter Dashboard