15 Caravans and RVs of the Future 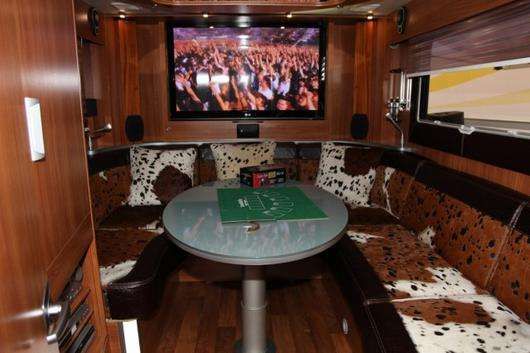 The 'Men-Only' RV has Playboys and Blow Up Dolls

The RV was designed by four guys who won a competition created by the motor-home and caravan company, Sunlight GmBH. The contest was an offshoot of a similar competition for women held three years ago in response to criticisms that the RV industry didn’t make enough women-friendly motor-homes.

But whereas the females-only version probably contained such womanly items as issues of Vogue, a pilates station, and kitchen supplies galore, the transportable man cave includes only masculine things like liquor dispensers, copies of Playboy and Maxim, wall darts, plasma big screen TVs, a poker table, and even an outdoor theater.