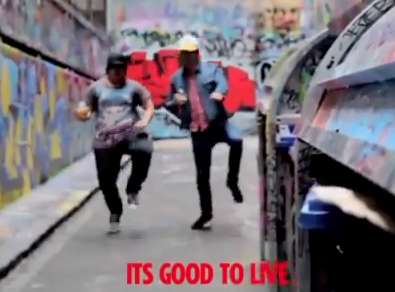 Gangnam Style Becomes the Most Viewed YouTube Video of All Time

This Gangnam Style mashup puts together a series of tributes, spoofs and flash mobs to create one big viral compilation.

Due to its immense popularity, Gangname Style has become an undeniable part of 2012's pop culture landscape and spawned dozens of imitation videos. This Gangnam Style mashup gathers a good chunk of these videos for one big dance off.
1.5
Score
Popularity
Activity
Freshness