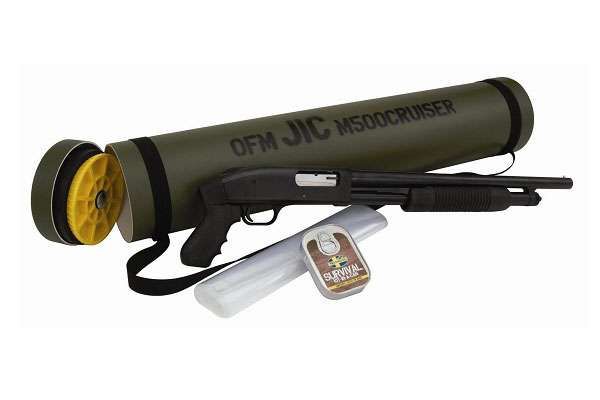 Companies such as Gerber and Ka-Bar have provided blades designed specifically for lobbing off the heads of the undead, but what happens when close-range combat becomes a bad idea? The Mossberg Just-In-Case Kit is the one survival pack that's built for long-range fighting. Inside this cylindrical tube is a 18.5" barrel, 12-gauge pump action shot gun with a six round capacity. There's also swivel studs to hold the gun in place and depending on which model is bought, there's a multi-tool and a serrated knife included. The case itself is waterproofed and has a heavy-duty synthetic seal, making it completely airtight.

Combine this with one of Gerber's knives, and you'll stand a chance surviving the undead.
3.7
Score
Popularity
Activity
Freshness
View Innovation Webinars