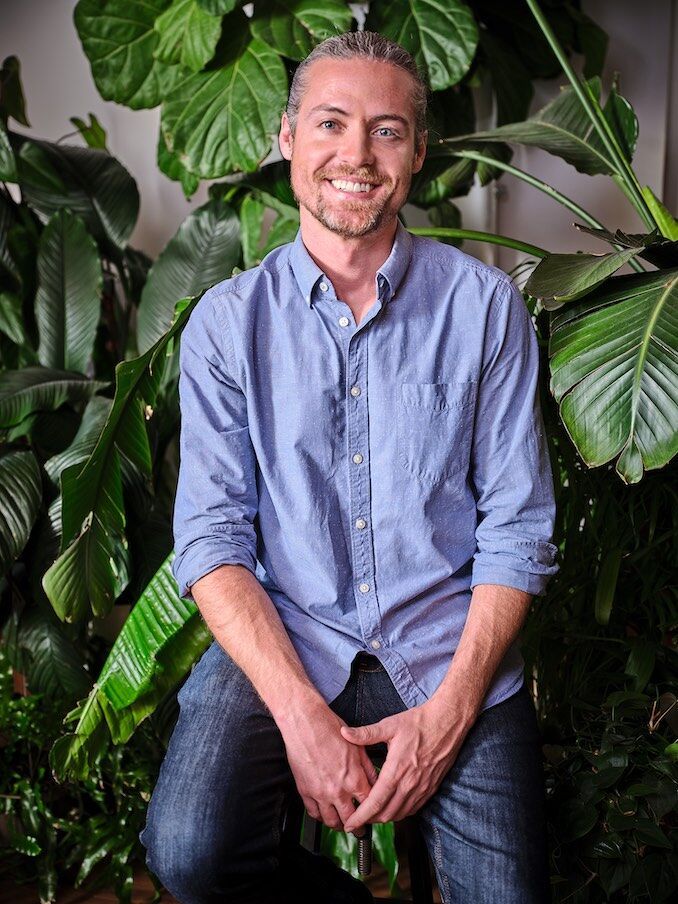 Grace Mahas — May 20, 2021 — Eco
References: mygreenlid
Share on Facebook Share on Twitter Share on LinkedIn Share on Pinterest
The war on single-use plastic continues to wage as consumers become more informed on the impending dangers of the pollution crisis. As activists and scientists continue to pressure governing bodies to ban single-use plastic, many look to composting as the obvious solution.

In light of this, we spoke to Morgan Wyatt, the Founder of Greenlid, who is helping address these concerns. With a variety of accomplishments under his belt – from creating biodegradable mosquito traps to combat the Zika crisis in 2016 to raising funds through Kickstarter to develop the first fully compostable organic waste container – Morgan is no stranger to the entrepreneurial and sustainability space. Morgan detailed what prompted him to start Greenlid, its impact on the industry so far, current issues with the composting industry, and how Greenlid is helping to make a positive difference.

What can you tell us about your company Greenlid and how it came to fruition?

Six years ago, I was visiting my brother Jackson and we were looking at dealing with collecting food waste in your kitchen. That was back when not everyone was collecting composting–which was why the city stopped collecting garbage every week and changed to every other week–to get people to actually use their green bins more.

So we came up with Greenlid, a compostable compost bin for your kitchen made from end-of-life recycled cardboard, like the egg cart material. I have a Ph.D. in Chemistry and was able to develop a bio-based additive that made it leak-proof. And so we made a few prototypes of these compost bins that could be hot compost in your backyard and also proceeded in facilities.

How have you disrupted the industry thus far?

The operators at the composting facility showed us their grinders with the "compostable bags" that would frequently get caught and required people to manually pull it out. Also, you couldn't tell the difference between a compostable fork and a plastic fork, as everything must get manually separated. So people are putting in compostable plastics, but someone then now has to–because we allow them in–pick them all out where they ultimately go to the landfill anyway.

Greenlid, on the other hand, had always stuck with natural materials. We launched on Kickstarter back then, then went on to 'Dragons Den' and got a deal with Dave and Arlene. Since then, we've moved into the disposable space with an expansive tableware selection.

There's been a lot of misinformation around compostable plastics and the molded fiber plates and bowls. Most of these have these fluorinated chemicals called PFA. Back when we started Greenlid, the manufacturers had offered to add these PFA into our container because they have the same chemical structure as Teflon, which protects from grease or liquid. It's now becoming more apparent that these elements are toxic, forever chemicals that are linked to cancer. It's what's used in tanneries to make your boots waterproof. It's Teflon, and we're eating off of this. And so, because we stuck true to what I had learned in my chemistry background, a couple of years ago, we shifted into the tableware space, developing new technology around not using toxic chemicals in the stuff we're eating our food from.

So that's where we're at today—not just focusing on the Greenlid brand but expanding to be a one-stop-shop for all food service, as well as allowing major retailers to do their own private label. We care about what goes into our products, from the chemical process to where these products end up. We like to think about closed-loop systems, so we partner with the facilities first, and then we bring up the product to the seller. Large-scale competitors, on the other hand, have different motivations.

In light of the potential for a ban on single-use plastics, can you discuss some issues with composting as it is now?

There's a lot of misinformation surrounding compostable cutlery. Many people are optimistic because they think, "at least it's not plastic." Well, it's actually worse because of the amount of energy it takes to make it. We are all paying a premium for these compostable plastics. But just like how newspapers can be found in near-perfect conditions after a hundred years in a landfill; the same is true for these compostable plastics if you don't have them in a properly designed composting system. So we're spending significant energy to make these "compostable plastics" that can't be processed in standard facilities and then, ultimately, move them to landfills. Fairly inefficient, especially when you think you're doing something right, you paid a premium, and you expend extra energy to put it into a green bin. At the end of the day, it goes to a facility, gets sorted out, and then sent to a landfill. This incomplete system is something we are trying to educate consumers and brands on.

Plastic has only been around 60 or 70 years, and we now know we don't collect it properly. It accumulates. So Greenlid makes things like Birch cutlery made from sustainably forested Birchwood that can be regrown. We also do a lot of bamboo fiber-based things that are significantly more sustainable.

So why is the straw called a straw? Because of things like wheat straws that are just cut on the field. They have no flavor, they don't get soggy, and are much more durable than the current "eco-friendly" alternatives on the market. These wheat straws are actually gluten-free, and the one part that has a grain is where the group is, but if you're just a little bit careful with how we cut these, you can avoid them. We wash, clean, boil, and sterilize them in sauna caters. So ultimately, there's more value in straws and probably the grain for most of these farmers too.

These "traditional" wheat straws are also considerably more sustainable. They easily break apart, and if you dropped them on the street, they aren't going to have to go anywhere. They act like leaves and decompose naturally instead of having to be in a specific facility under the right circumstances. This option is more sustainable than many compostable plastic straws (that are usually made from agave or some other marketing scheme), but at the end of the day, they'll still get into a turtle's nose.

That's where I think we should be thinking. If we want to go to compostable plastics, fine, but we have to make sure that all the facilities are built to handle it. But I also think recycled plastic is the way to go. Why spend all this energy to make a compostable plastic that goes into the earth when you can just reuse existing plastic. We already have enough plastic on the planet; use it wisely and make it mandatory for people to recycle. If companies aren't using recycled content, then they should be penalized. So then we can spend more money to collect more plastic instead of producing more from oil. And I think that's the misnomer in some of the things that Greenland is trying to talk about.

How important is sustainability, recycling, and composting in the food industry? How is Greenlid making a positive difference?

My technical background and Ph.D. help me educate consumers and companies alike, especially the main buyers for major retailers in food services. Some odd 50 years ago, someone came up with the idea of plastic forks and knives, and now it's moved to compostable plastics. But what is a compostable life? There are four features. It has to break down to basically carbon and water. Second, it has to degrade in a certain period of time. (The compostable plastics companies decided it was 90 days in a perfect laboratory setting. Having been to these composting facilities, I would say that is not a laboratory setting.) Thirdly, have the absence of problems in the process. Lastly, leave no adverse effects on the environment.

Corporations need to consider the true definition of what recyclable or compostable is. If it's set by the chemical companies who made the compost standards, it's less representative of the actual definition. We need to build facilities towards the actual definition of compostable and create products that meet that definition. If you're a company and make a plastic product that says recyclable because technically it is (like styrofoam), but there's no value, and no one's buying it at the other end, then you need to re-examine the definition of recyclable. I feel that we shouldn't be throwing around these terms loosely.

I think the producers have a responsibility to the facilities at the end of the day. I think it's irresponsible to pass on the responsibility. So if you're putting compostable products out that no facilities can handle, then you should be working with the facilities or being taxed accordingly to help increase their capacities. That's what we are trying to educate on is. If a brand is going to decide on a new compostable product or a recyclable product, we want to be the expert source for that. And if they're going to purchase from us on a large-scale level, we want brands to know they can trust us as an honest source of knowledge. So ultimately, we're not about necessarily selling a single product. We're focused on making institutional changes for the industry as a whole.