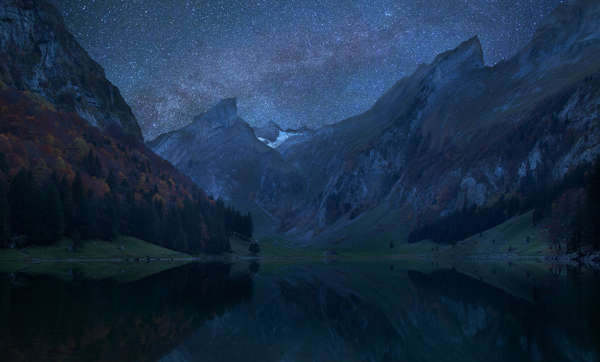 Meghan Young — November 28, 2012 — Fashion
References: hans-findling & behance.net
Share on Facebook Share on Twitter Share on LinkedIn Share on Pinterest
The subject matter at hand in Moonlight by Hans Findling, a photographer based in Constance, Germany, has never seemed more magical than it does in this photo series. It must be noted, however, that the moon never makes an appearance in any of the shots. Instead, it is a presence taken on faith, like Santa Claus or Daniel Day Lewis.

Highlighting the Alps mountain range, the moon allows its cousins to shine brighter in Moonlight by Hans Findling. A thin curtain of constellations has been pulled over the night sky. Although unable to mask the darkness behind it, the stars sparkle brighter in the sky because of it. The photo series shows exactly how breathtaking nature is.
2.8
Score
Popularity
Activity
Freshness
Attend Future Festival