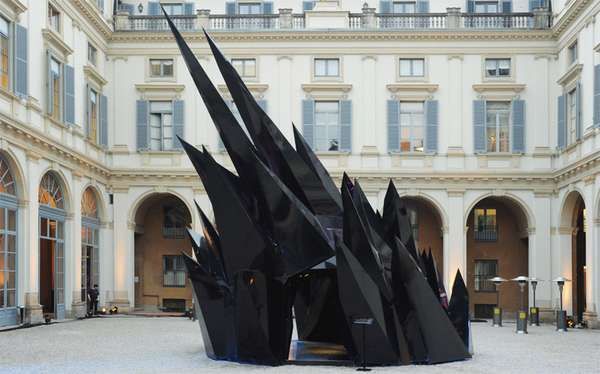 Sporting a sleek, black and spiky façade reminiscent of Goku from Dragon Ball, the futuristic-looking pavilion, weighing seven to eight tons, is designed and constructed to be mobile as it apparently would be dismantled, reassembled and installed for the inauguration of the new phone at other cities across the globe, from London to Dubai and China.

As quoted from the source, “the pavilion reflects the nature of the Vertu concept, which seeks to combine the traditions of artisan craftsmanship with the advances and possibilities of technology.”