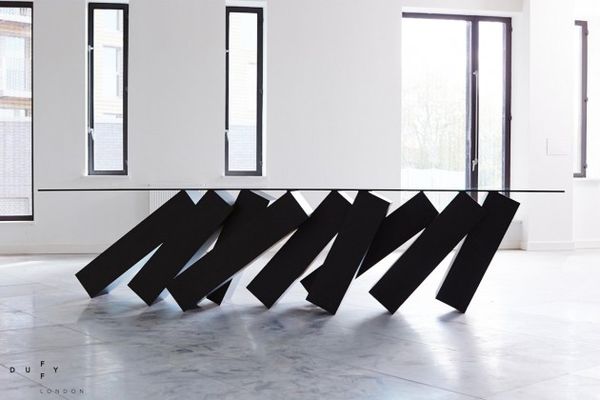 Meghan Young — May 12, 2014 — Art & Design
References: duffylondon & contemporist
While some people will see a set of domino pieces tumbling over when viewing the Monolith Table, others will perceive a less obvious comparison, the fictional alien-made machines found in '2001: A Space Odyssey.' The Monolith Table is named after those imposing machines after all. Its base takes on the rectangular shape and coloring of the advanced extraterrestrial object. Granted, the latter is available in more than black including white and steel.

Designed by Christopher Duffy for Duffy London, the Monolith Table is topped with a glass surface. The designer writes, "This mind-boggling dining table appears to the naked eye to be an impossible feat, but in reality it has its foundations in real physics." Only 25 handmade Monolith Tables have been produced, making them highly covetable.
2
Score
Popularity
Activity
Freshness