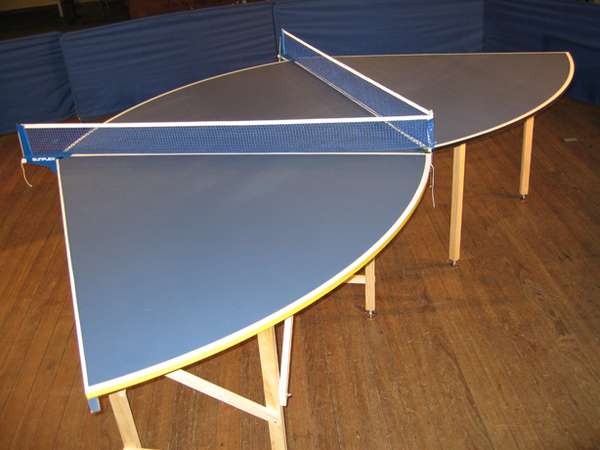 The benefits of MTTS include reduced waiting times and more socializing as more people play together, they get greater shot range and there is a fairer 'Triples' scoring system. Also, conventional tables can be reversibly 'Triples' retrofitted.

The prototype system has already secured an International PCT-Patent Application. The designer is looking for sponsors/ manufacturers/ distributors/ licensees worldwide.