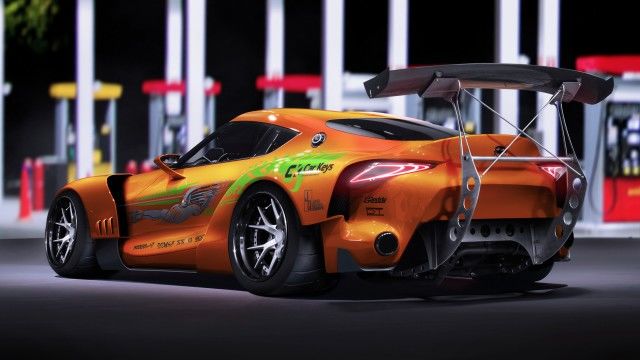 Michael Hines — April 29, 2017 — Autos
References: carkeys
The artists over at Car Keys have created modern fast and furious cars that are sure to make any fan of the film franchise feel nostalgic. All the cars in this series are from the first film, 2001's "The Fast and the Furious." That movie was made 16 years ago, and some of the cars in it are no longer produced. However, the people over at Car Keys got creative and used concept cars when needed. The result is a look into what the movie would look like if faithfully recreated today.

These modern fast and furious cars are awesome for fans of cars as they show the evolution of the auto industry over a decade and a half. Three of these cars are no longer in production, with one (the Mitsubishi Eclipse) morphing from a two-door sports car to a four-door crossover. The detail and accuracy of each car's livery is impressive and will make you wonder why someone hasn't brought a project like this to life yet.
3.7
Score
Popularity
Activity
Freshness