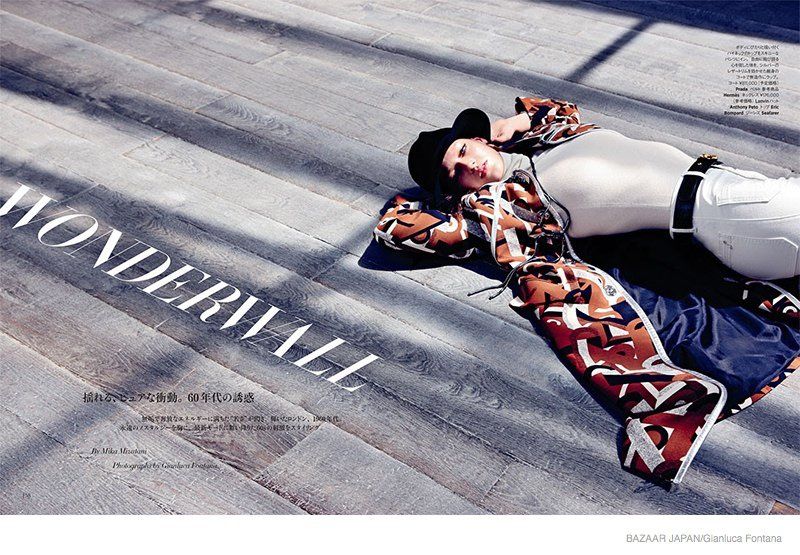 Meghan Young — September 30, 2014 — Fashion
References: harpersbazaar.jp & fashiongonerogue
The modern 60s fashion showcased in the September 2014 issue of Harper’s Bazaar Japan is something that could easily be adopted by a young urban woman. Even if she isn't that into retro looks, it is hard not to appreciate the feminine direction these outfits take. Although they appear minimalist at first, there are a ton of details that set the looks apart from other styles.

From dizzying patterns to wide-brimmed hats and thigh high boots, the modern 60s fashion relies heavily on different textures to make the looks stand out. Shot by photographer Gianluca Fontana, the photoshoot stars model Tess Hellefeur, who was styled by Mika Mizutani. She is clad in Valentino, Prada, Louis Vuitton and more.
5.2
Score
Popularity
Activity
Freshness