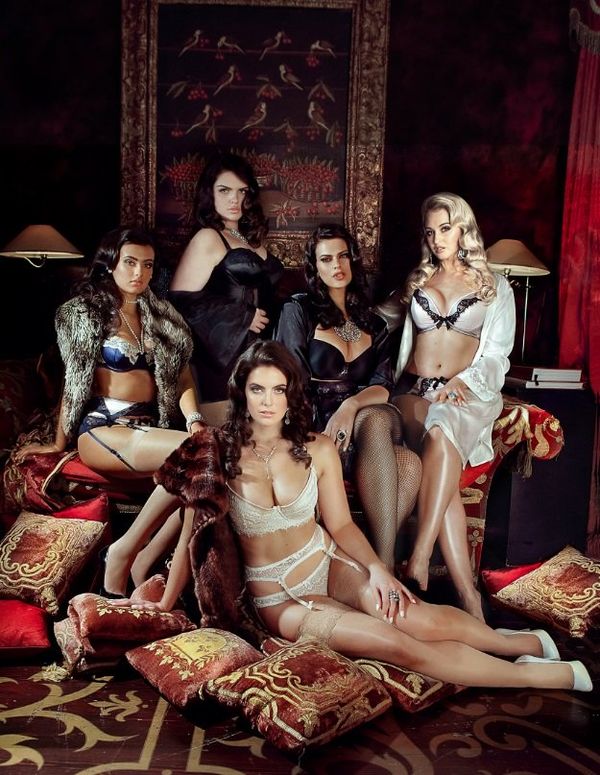 Meghan Young — March 27, 2014 — Fashion
References: models1blog & fashiongonerogue
Share on Facebook Share on Twitter Share on LinkedIn Share on Pinterest
The femme fatale has been given a voluptuous makeover in the Model 1 Curve Campaign, which is appropriately named after the iconic vixen. It was shot to showcase the London-based modelling agency's roster of gorgeous plus-sized models. Clad in nothing more than a wardrobe of sexy lingerie, they proudly display their full figures for the camera.