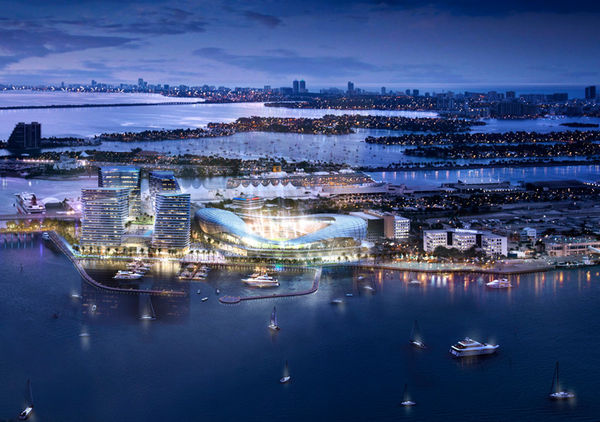 The MLS Stadium in Miami is Proposed by David Beckham

Jamie Danielle Munro — March 26, 2014 — Lifestyle
References: mlssoccer & designboom
Share on Facebook Share on Twitter Share on LinkedIn Share on Pinterest
The design for the MLS Stadium in Miami has been put forward by soccer superstar David Beckham, and the looks of it seem extremely modern and futuristic. The new stadium would be for major league soccer in the Miami area, a sport and industry that Beckham knows all too well.

The interior is open in the center above the field, and covered around the outside edges where fans usually sit. With the way the roof is curved, spectators can also catch views of the Miami skyline, as well as the game. As of now the MLS Stadium project has yet to begin, however the plan is that it will be complete by March of 2018. Perhaps Beckham will grace the field with a first kick.