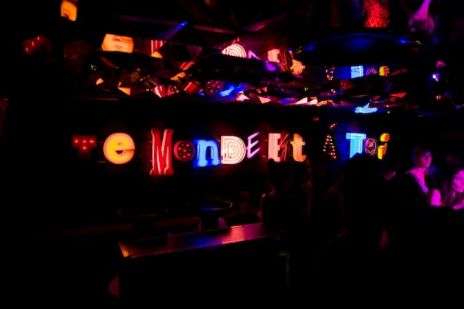 Tracy Wallace — March 8, 2011 — Pop Culture
References: colette.fr & nytimes
Share on Facebook Share on Twitter Share on LinkedIn Share on Pinterest
Michel Gaubert has held a career as an independent Sound Designer for fashion houses that spans over three decades. Clients have included the firms of Diane Von Furstenburg,Gucci, Fendi and Michael Kors just to name a few. Michel Gaubert always keeps his ears and eyes open in order to create new, ground breaking music mixes for international fashion week runway shows. Many of his tracks have been sited as inspiration for musicians and the music industry.

Michel Gaubert keeps the tools of his trade by his side when traveling.  He relies on several iPods and a MacBook.  His MacBook holds an archive of over 350,000 songs and one very special mix that he has recorded for Karl Lagerfeld. For the 2011 Paris collection show, Gaubert has taken a single pop hit, reinterpreted it and recorded it as a classical piece. If one can’t make it to fashion week, they can try to snag one of DJ Michel Gaubert's best-selling mix tapes at the Colette blog.
4.5
Score
Popularity
Activity
Freshness
Get Trend Hunter Dashboard