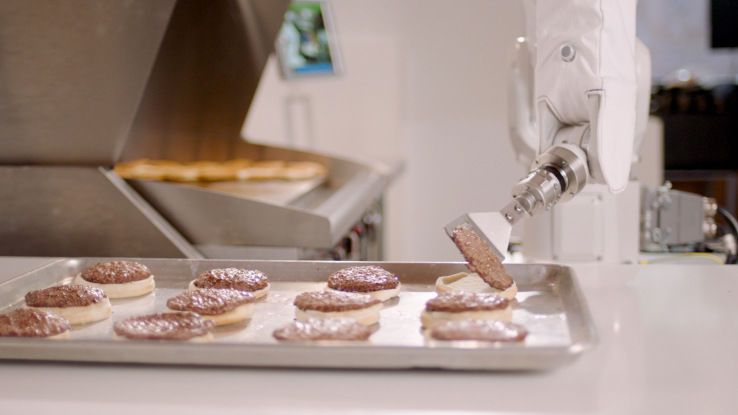 Justin Lam — February 16, 2018 — Tech
References: venturebeat & techcrunch
Share on Facebook Share on Twitter Share on LinkedIn Share on Pinterest
Miso Robotics funding has garnered $10 million to bring its burger-flipping robot to larger markets. The robot, known as Flippy, uses a proprietary AI combined with a combination of cameras, thermal scanners and lasers to accurately and precisely cook and assemble a hamburger. In 2018 Flippy will begin seeing use at a CaliBurger in Pasadena, and will expand to 50 CaliBurger locations by the end of 2019.

This Miso Robotics funding will be used to further the development and production of its kitchen assistant and AI program. CEO/co-founder Dave Zito explained that this new funding indicated a direct interest in the company and the potential they offer. This new round of investment saw many returning companies, but also included new investors, including, Levy, a Chicago-based hospitality company that runs restaurants and vending machines in entertainment and sporting venues in the U.S. and U.K. Levy's participation is promising for Miso Robotics as the company could begin supplying robots to sporting venues across the world.
4
Score
Popularity
Activity
Freshness
Access Advisory Services