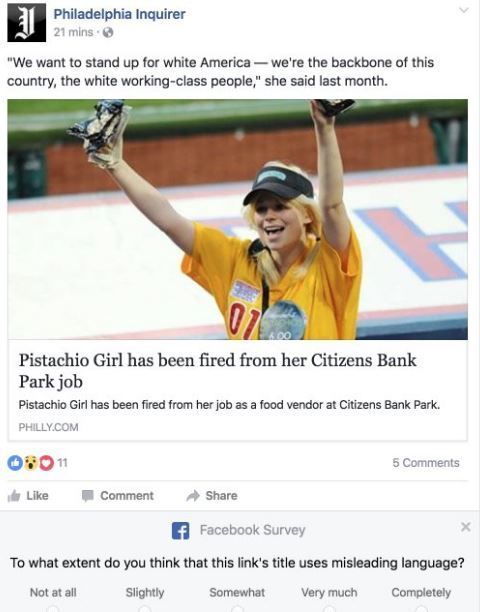 As Engadget reports, Mark Zuckerberg explained that Facebook would be improving its algorithm to filter misleading news stories, so that its millions of users wouldn't be as influenced by false information. So far, Facebook has implemented surveys to ask users if they think that a story's headline uses unclear language.

To the question, users can five answer with one of five options, with "Not at all," "Slightly," "Somewhat," "Very much" and "Completely" being the choices. Using the information gathered from surveys, Facebook will be able to come up an algorithm that will prevent blatantly false stories from circulating on it.
1.5
Score
Popularity
Activity
Freshness
Jeremy Gutsche Keynote Speaker