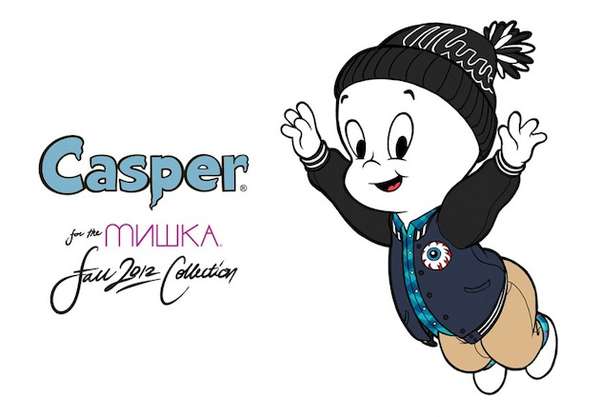 Trenton Millar — September 13, 2012 — Fashion
References: mishkanyc & highsnobiety
Share on Facebook Share on Twitter Share on LinkedIn Share on Pinterest
An outside-the-box approach to the conventional lookbook, the Mishka Fall 2012 lookbook features Harvey Comics' characters as models. The lookbook is a trade off because the cartoon characters add a fun personality to the lookbook, but not seeing the designs in real pictures and instead seeing them as drawings leaves one wondering how the designs translate to real life.

Harvey Comics' characters Casper the Friendly Ghost, Richie Rich, Spooky, Hot Stuff the Little Devil, Wendy the Good Witch, Baby Huey and the Ghostly Trio all sport Mishka designs in the lookbook. Imagining these characters in modern street wear is a fun experiment that plays to both fashion lovers and comic book fans.

Each and every article on the characters is a real Mishka Fall 2012 piece, except Baby Huey's diaper, but that can be found in the drug store if you want the full look.
5.7
Score
Popularity
Activity
Freshness
Attend Future Festival Virtual