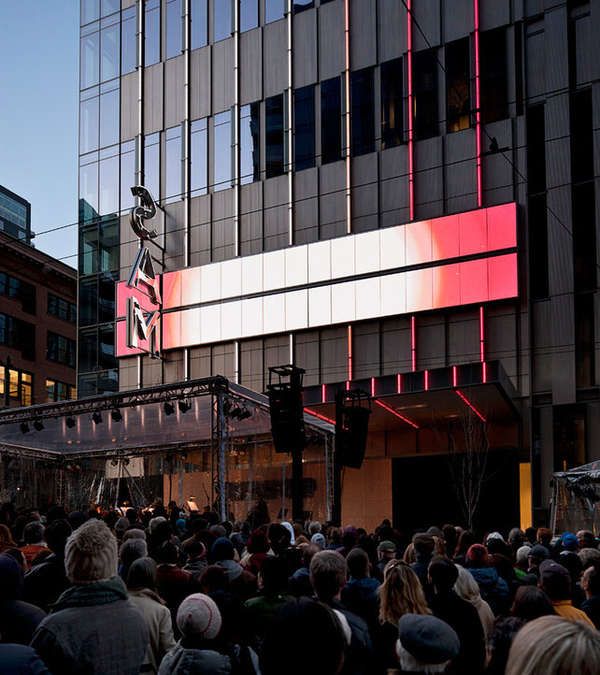 Mirror by Doug Aitken is a Living Kaleidoscope

Meghan Young — April 4, 2013 — Tech
References: dougaitkenworkshop & fastcodesign
Share on Facebook Share on Twitter Share on LinkedIn Share on Pinterest
Described as a living kaleidoscope, Mirror by Doug Aitken, an American artist based in Los Angeles and New York, is a video art installation that graces the facade of the Seattle Art Museum. Unveiled at the end of March to the erratic sounds of the the Seattle Symphony Orchestra as they played Terry Riley’s monumental symphony, In C, the 'urban earthwork' took people's breaths away.

A massive LED screen makes up Mirror by Doug Aitken, wrapping around the museum's stonework to stream a constantly changing array of moving images. From the shimmering Pacific Ocean to the floor of a Boeing assembly factory, Aitken shot hundreds of hours of footage to fill the screen. The curators describe it as "a dynamic representation of the constantly changing environments that make up Seattle and the Northwest."
3.1
Score
Popularity
Activity
Freshness
Get Trend Hunter Dashboard