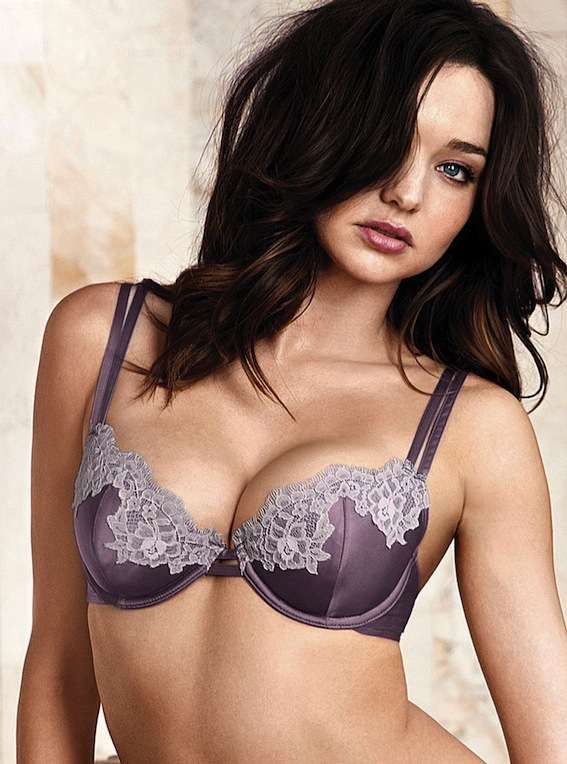 While many may recognize Miranda Kerr as Mrs. Orlando Bloom, the young model (and mother) has established herself as a top name in the entertainment world after steadily working on the top rung of the fashion world for the last two decades. Kerr has appeared in campaigns for Neiman Marcus, Baby Phat, Levi's, Roberto Cavalli, and Betsey Johnson, amongst others.

But all of those brands pale in comparison to Miranda Kerr's connection with iconic lingerie brand, Victoria's Secret. Looking through the Miranda Kerr Victoria Secret July/August 2011 Lookbook, it's easy to see why. She is seductive, alluring, youthful, and mysterious in the shots, the stylish lingerie clinging to her body as though it had been painted on. My favorite shot in the series is a group shot, featuring many of Victoria's Secrets other "angels." Despite this supermodel heavy shot, Miranda Kerr still stands out. Another testament to her style and skill.