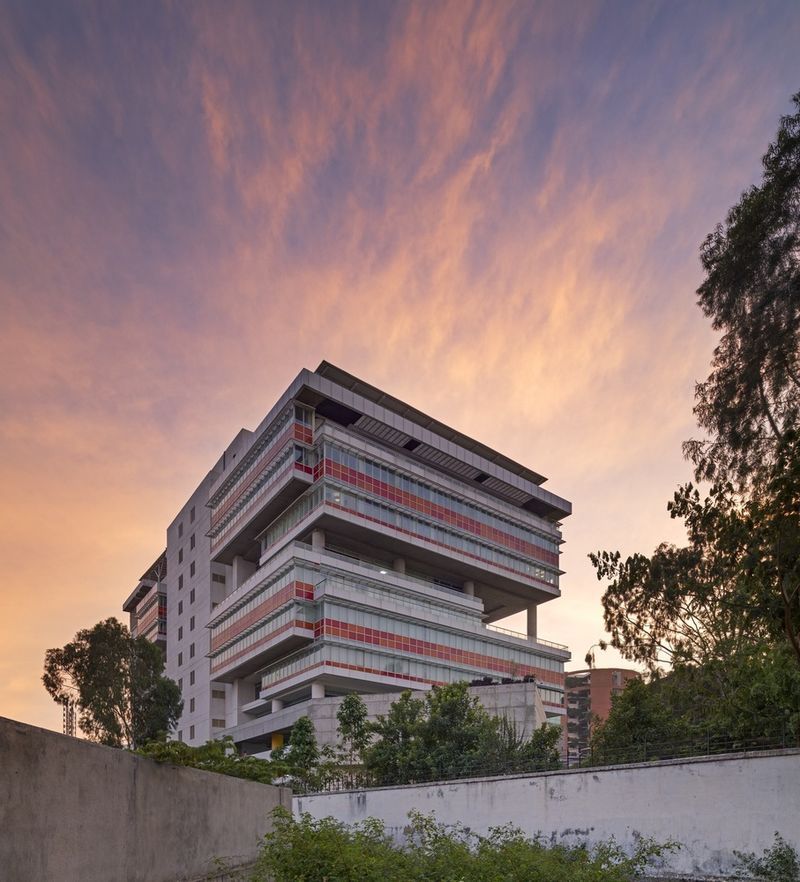 Joey Haar — February 9, 2018 — Art & Design
References: archdaily
Share on Facebook Share on Twitter Share on LinkedIn Share on Pinterest
Mindtree, the massive Indian information technology and outsourcing company, has recently built a new building, the Mindtree East Campus, to supplement its Bengaluru headquarters. Though Mindtree is certainly a forward thinking tech company, the campus is striking precisely because of its lack of modern pretension. The design gestures around the building are direct references to the architecture of the 1960s, with brightly colored window panels in rigid geometrical patterns.

Cubist architecture rose in popularity in the 60s because of both famous artists like Picasso and influential but lesser known architects like Le Corbusier. Those artistic ideas combined with shape and color to fuel the Brutalist movement, and that style has come back into vogue among modern architects. Despite its recent rise, the Mindtree East Campus is one of the more directly figurative references to that era.
4.2
Score
Popularity
Activity
Freshness
View Innovation Webinars