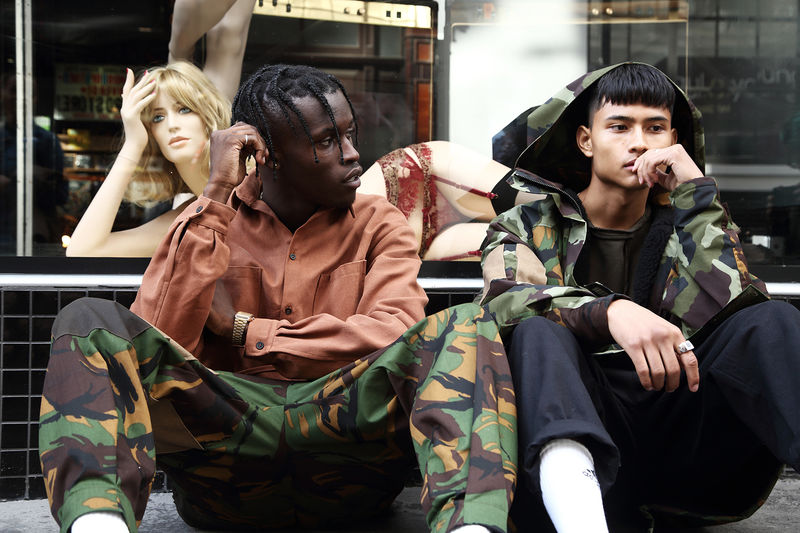 Rabbithole London Added a New Series to Its Seasonal Range

Like its last offerings, 'Grey Area' makes use of strong vintage motifs and it's clear that some of the workwear staples from it have transitioned to the newest lookbook as well. That said, Rabbithole London strays from it by taking on camouflage prints for the military-inspired menswear, however it does so in a way that's a little less traditional -- adapting the usual colorway so that it pops out more starkly. In addition to this, Rabbithole London includes shirts and pants that utilize a textured material that's almost towel-like, as well as denim jackets, bombers and more.
2.3
Score
Popularity
Activity
Freshness
Attend Future Festival

Political Peace T-Shirts
The New Noah Collection Has Graphics That Read "Why Cant We Be Friends?"