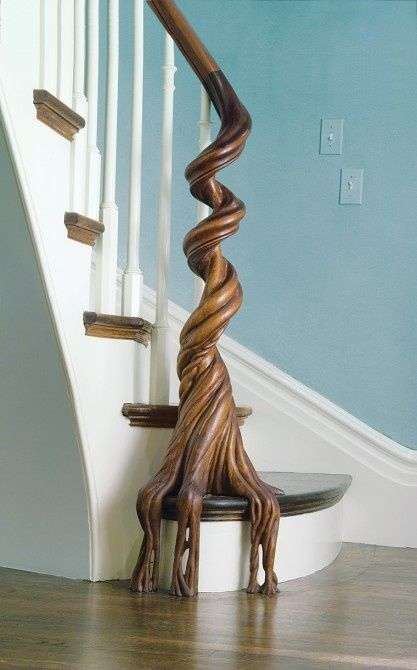 Meghan Young — January 24, 2013 — Art & Design
References: northroadwoodshop & neatorama
Mike Kennedy of North Road Stair Builders in Rhode Island has built a beautiful organic banister. Shaped like a twisting root from trees often found in ancient forests, the railing adds a bit of mystique to what appears to be an otherwise average abode. In fact, it was modeled after a strangler fig, which is a type of tropical tree. A master carpenter, Mike Kennedy managed to introduce this bit of magic without it feeling too out of place.

Strikingly intricate, especially when it gets down to the thinner parts that are made to look as though they are draping over the side of the last stair, Mike Kennedy displays his skill perfectly. It was built for a Nineteenth Century home in Cambridge, Massachussetts.
1.4
Score
Popularity
Activity
Freshness