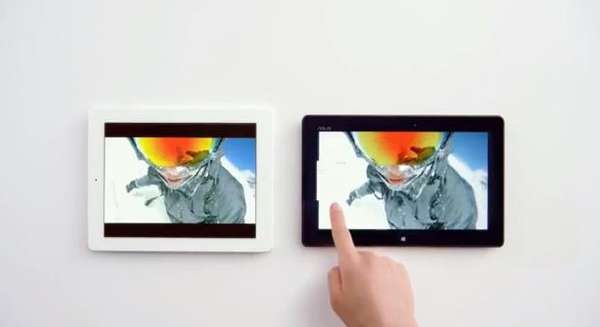 The tablet shows off its new Snap feature that runs two apps at once, while Siri’s confused voice responds in “I’m sorry” messages. The Window 8 continues to work smoothly while Siri says things like, “Sorry, I can only do one thing at a time,” and “I don’t update like that.”

The ad mocks Apple in every way: visually, phonetically and contextually. The iPad childishly plays the piano next to the fully capable Windows 8 tablet that opens up Microsoft Office—this part is a spin off Apple’s piano commercial.

Apple’s white design contrasts with Microsoft’s black finish. There is a contrast in the video's finale too, when the prices of both tablets are shown.
3.8
Score
Popularity
Activity
Freshness
Attend Future Festival Virtual

Cyber Bullying Browser Ads
The ‘Do You Know This Guy?’ Internet Explorer Ad Shows its