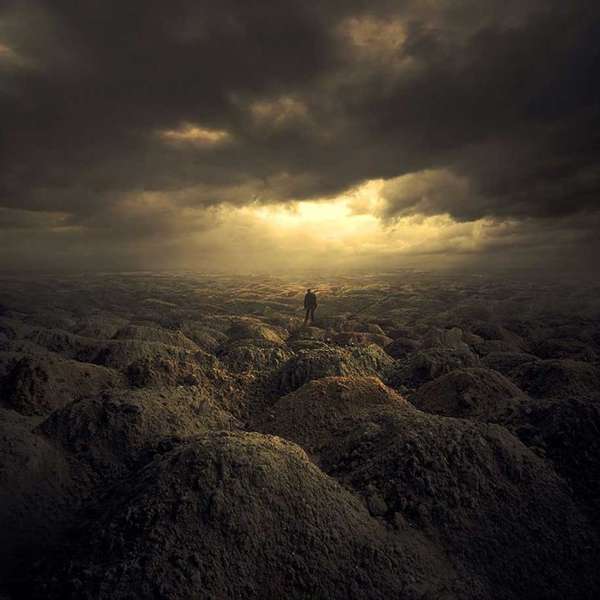 Karcz's photo series depicts isolated parallel universes in which people live alone amid dark and dreary locations, either in deserted cities or dank caves. By combining real photos with digital modifications, these shots all look entirely hyper-realistic. In fact, it's hard for viewers to even acknowledge that these photographs are not entirely real, such is the ability Karcz has of subtly altering shots to make them darker and more haunting.

In several of Karcz's photographs, a solitary figure stands at the apex of some sort of rise, either a cliff or the top of a mountain. His or her body is dwarfed by the immensity of their surroundings, enhancing the atmosphere of isolation and loneliness emanating from the photo series.
2.9
Score
Popularity
Activity
Freshness
Attend Future Festival